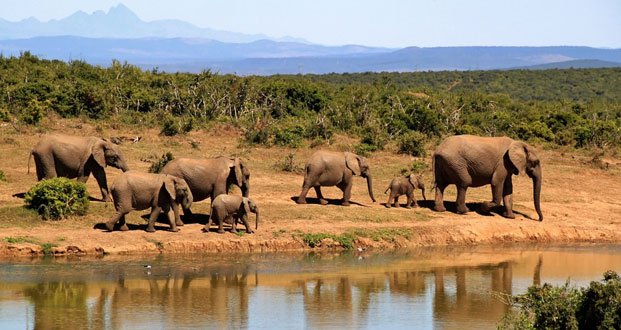 1. In Kenya, elephant poop is being used to make paper. Elephants poop up to 50 kg a day which can produce 125 sheets of paper. This helps save the indigenous tree population and forest from being destroyed, along with creating a need for the 7000 elephants left in Kenya. – Source

2. The Simpsons’ “Bart Gets an Elephant” is based on an episode of “The Price is Right”. An elephant was offered as a “bonus prize” as a joke. The real prize was $4,000 but the contestant wanted the elephant. The contestant got his wish & a live elephant from Kenya was delivered to him. – Source

3. After 9/11, “the Maasai people in a Kenyan village gave 14 cows to help and support the United States.” – Source

5. Nien Nunb, a minor character in “Return of the Jedi,” caused Kenyan audiences to burst into laughter after they realized he spoke Kikuyu, the language of Kenya’s majority tribe. – Source

6. Harambe means “all pull together” in Swahili, and is the official motto of Kenya. – Source

7. A newborn baby abandoned in the forest in Kenya for 2 days was rescued by a stray dog who carried the baby all the way back to her own litter of puppies. – Source

9. In Kenya, a turtle adopted a hippo that was abandoned after a tsunami. – Source

10. Farmers in Kenya are using elephants’ natural fears of bees and building “beehive fences” that keep wild elephants from trampling the crops. It keeps the farms safe, and prevents farmers from having to kill elephants to defend their livelihood! – Source 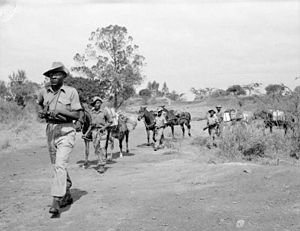 11. The British used concentration camps to commit genocide in Kenya in the 1950’s. – Source

12. Elephants risk their lives to mine a cave in an extinct volcano in Kenya. The rock has 100 times more sodium than what they normally eat, as well as being rich in potassium and calcium. They dig with their tusks, grind it and swallow it. The bones of those who didn’t make it line the trail. – Source

13. Nairobi, Kenya has a thriving country music scene because Kenyans “can identify with the stories in the songs.” Country Music CDs make up 15% of all music sold. – Source

14. Almost three-quarters of all of Kenya’s athletics come from one tribe, the Kalenjins. – Source

15. When Nike was shooting their commercial in Kenya using Samburu tribesmen, one of them was supposed to say “Just do it” in native Maa, but instead, he said, “I don’t want these. Give me big shoes.” Nike responded with: “we thought nobody in America would know what he said.” – Source

16. Julius Yego of Kenya won the silver medal in Rio Olympics in Javelin Throw after learning the sport from YouTube. – Source

17. Dr. Rosendo Ribeiro was the first private medical doctor in Nairobi, Kenya, who rode a zebra he himself trained to make house calls. – Source

18. It’s illegal to smack your kids in Kenya. – Source

19. “A True Hero” Patrick Kilonzo Mwalua from Kenya; travels with his truck, containing 3000 gallons of water, every day, to help thirsty animals that have been suffering due to the drought. – Source

21. Because American Christian missionary Hulda Stumpf protested against female genital mutilation in Kenya, she was killed and perhaps ritually cut in retribution. – Source

22. GravityLight is a device that generates light using the slow fall of a weight to power an internal generator and has provided communities in Kenya with sustainable lighting. – Source

23. On 7th June 2016, a monkey climbed onto the roof of Gitaro power station, Kenya, fell onto a transformer and caused national-wide outage which lasted a few hours. The primate survived. – Source

24. There is an age-old tradition among the Nandi people of Kenya where an older, infertile woman marries a younger woman to obtain a child; the younger woman then has sex with a man from the older woman’s clan; that offspring is then regarded as the fruit of the marriage. – Source

25. Kenya burned $172 million worth of illegal elephant tusk and rhino horn to demonstrate against poaching in that area. – Source

30 Facts That Will Make You Happy

25 Uplifting Headlines of the Week - Part 95