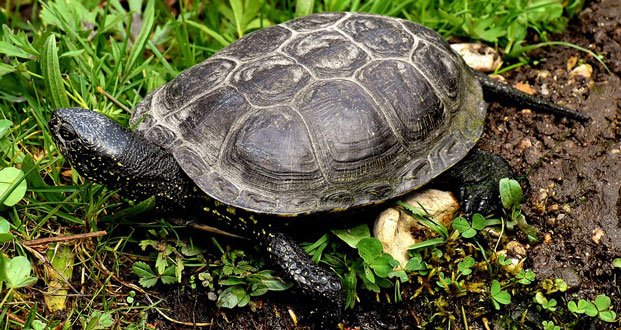 1. All tortoises are actually turtles and calling a tortoise a turtle is not wrong. – Source

2. In the 1980s, India released 25,000 flesh-eating turtles into the Ganges river in an attempt to clean up corpse-pollution. The turtles were raised on dead fish so they wouldn’t develop a taste for the living, as they ate mostly everything. The $32M plan failed due to corruption and mismanagement. – Source

3. In the Amazon, butterflies will drink the tears of turtles to provide necessary sodium in their diet. – Source

4. In Kenya, a turtle adopted a hippo that was abandoned after a tsunami. – Source

5. May 23 is celebrated as the “World Turtle Day”. A day to bring attention to, increase knowledge of and respect for turtles and tortoises. – Source

6. There is a giant softshell turtle that spends 95% of its life buried and motionless under river sand, surfacing just twice a day to take a breath. – Source

7. Some turtles can breathe through their butts. Up to 68 percent of the turtle Rheodytes leukops oxygen uptake is accomplished through the cloacal bursae, so it rarely needs to come to the surface to bask or breathe. – Source

8. In Jurassic Park, the velociraptor sounds are actually turtles having sex. – Source

9. There is a medical code for being struck by a turtle. – Source

10. Pet turtles in the U.S. must be at least 4 inches long so children can’t fit them in their mouths and contract salmonellosis. – Source

11. Snapping turtles evolved to have the snapping defense because they are too big to hide inside their shells like other turtles. – Source

12. In 1930, a man and his 150-year-old pet turtle went over Niagara Falls in a barrel and survived the initial fall, to only suffocate after being stuck under the falls for 18 hours. The Turtle survived the entire ordeal. – Source

13. A 100-year-old turtle’s organs are indistinguishable from those of an adolescent turtle. – Source

14. The design of turtles’ shells is much like that of insect’s wings: A line of hexagons bounded by pentagons, leading to straight edges. – Source 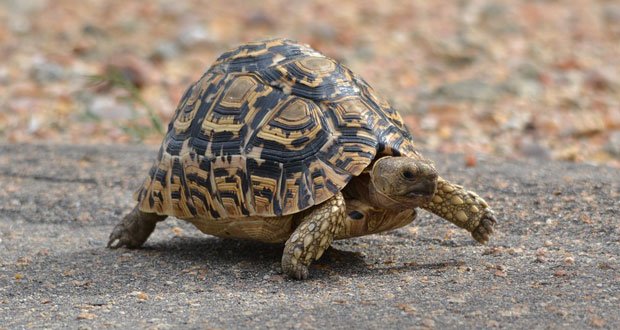 16. Turtles do not wear a shell. The shell is part of their spine. – Source

17. Turtles have three ears: one on either side of the head and a third on the nose. – Source

18. The sex of most turtles is determined by the temperature of the incubation of the eggs. Small changes in temperature can cause dramatic changes in the sex ratio. If eggs are incubated below 28°C, all turtles will be male. Above 31°C, every egg gives rise to a female. – Source

19. Turtles are more closely related to birds than they are to lizards and snakes. – Source

20. Male painted turtles use their long front claws to tickle females on the neck during mating season and if the female let him tickle her, they’re mates. – Source

21. People in China carry around live turtles as keychains. The turtles are in sealed containers with water and key rings attached. – Source

22. Some species of turtles can climb trees. – Source

23. Turtles can hibernate underwater for months during winter, breathing through their tails. – Source

25. The oldest fossilized specimen of vertebrae animals copulating comes from two turtles having sex in a poisonous lake. – Source