1. In 1984, a cult spread salmonella on salad bars at restaurants in an Oregon city. They hoped to incapacitate the local population so that their candidates would win local elections. It was the first and single largest bioterrorist attack in US history. – Source

2. The town of Dull in Scotland has been twinned with the town of Boring, Oregon since 2012. In 2013 the town of Bland, Australia joined them in what has become known as the “Trinity of Tedium”. – Source

3. A rancher in Oregon named Bill Brown would often write checks on any paper available. This often included soup can labels and newspaper margins. As he was rich and known for this, the banks would cash the checks without question. – Source

5. Oregon had the only state-sponsored rock festival in United States history, Vortex I. It was an elaborate ploy to lure young people away from Portland during a planned visit by President Richard Nixon. – Source 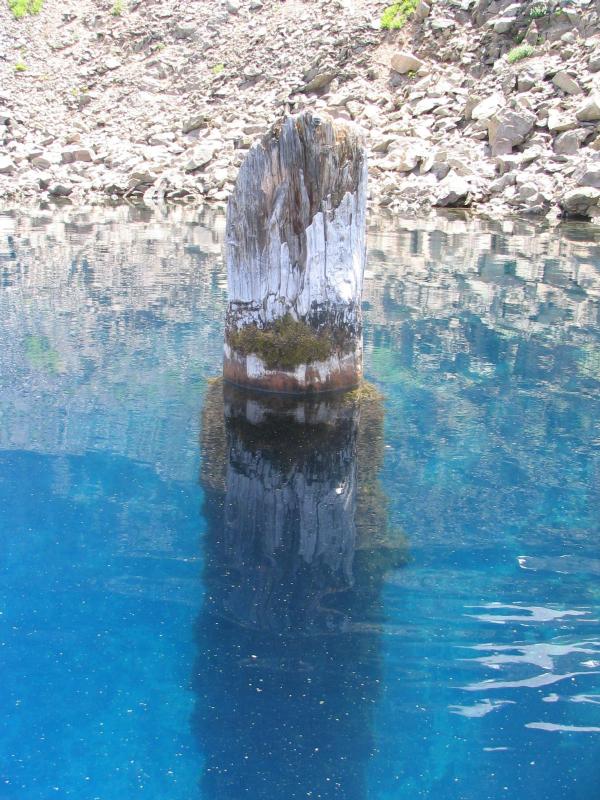 6. There is a 30-foot tree trunk known as the “Old Man of the Lake” that has been floating vertically in Oregon’s Crater Lake for nearly 120 years. In 1938, they tracked the tree trunk’s movement and discovered that it had traveled a total distance of over 60 miles in just under 3 months. – Source

7. Voodoo Donut in Portland, Oregon used to serve a donut drizzled in Nyquil and then had a shot of Nyquil in a cup in the center of the donut until the FDA stepped in & made them stop serving it. – Source

8. A Woman in Oregon started a wildfire to give some work to her bored firefighter friends. Eventually, the fire, named as the Sunnyside Turnoff wildfire, spread to about 80 square miles, 51,000 acres costing nearly $8 million to fight and took two months to bring under complete control. – Source

9. A former Reagan administration official brought a young Bulgarian teenager over to the states in an effort to improve his education. That teenager, fluent in four languages, disappeared after high school, adopted the identity of a slain 3-year old and became a government agent in Oregon. – Source

10. Three hunters in Oregon were discovered dead around their campsite with no marks or signs of a struggle. The only unusual thing was the discovery of a dead newt in the coffee pot that was later found to produce Tetrodotoxin, a poison 10,000x more potent than cyanide. – Source

11. There is a mushroom in Oregon that is roughly 2,400-years-old and has a root system that covers over three square miles of land. – Source

12. In 1970, the Oregon Highway Division attempted to blow up a washed ashore dead sperm whale, using half a ton of dynamite, to dispose of its rotting carcass. The explosion threw whale flesh over 800 feet away, crushing cars and almost killing bystanders. – Source

13. An Oregon couple, with 2 disabled children of their own, launched a non-profit called “Magic Wheelchair” that develops and hand-crafts Halloween costume options for wheelchair-bound children. – Source

14. Robert Plant once donated $10,000 to KBOO, a non-profit community radio station in Portland, Oregon, to never play “Stairway to Heaven” ever again. – Source

15. Portland was named by a coin flip. Had the coin landed the other way, the city would be Boston, Oregon. – Source

16. There is a bookstore in Portland, Oregon that takes up an entire city block. – Source

17. An engineer from Oregon bought a Boeing 727 and turned it into his home. He has been living in a retired airliner for six months every year since 1999. – Source

18. The animal handlers at the Oregon Zoo took Chendra, an Asian elephant, around to meet some other animals. The sea lions were her favorite. – Source

19. There is a movement known as Cascadia, whose purpose is to create a nation from British Columbia, Washington, and Oregon becoming the 20th largest country in the world. – Source

20. There’s a small college in Oregon with its own nuclear reactor, run by undergraduate students. It has more female reactor operators than all the other research reactors in the world combined. – Source

22 In Oregon, a jury can convict a murder suspect with just a 10-2 vote. This law came from anti-Semitism in the 30s. – Source

23. A prospector in Oregon found a 16-ton meteorite on his neighbor’s land and dragged it almost a mile to his land to claim it as his own. – Source

24.  The Oregon legislature orchestrated a bipartisan Rickroll in their statehouse by inserting lyric snippets into their floor speeches and stitching them together and released the video on YouTube on April Fools Day. – Source