21. Dallol, Ethiopia was the hottest human settlement on Earth and is now considered a ghost town. – Source

23. Millions of people believe that the Arc of the Covenant is located in a small church in Ethiopia. – Source

24. Ethiopia adopted Christianity as its state religion in 324 before Rome did in 380. – Source

25. Ethiopian men often assume that any women they see in a bar are a prostitute and female travelers in Ethiopia are advised to avoid cheap hotels. – Source 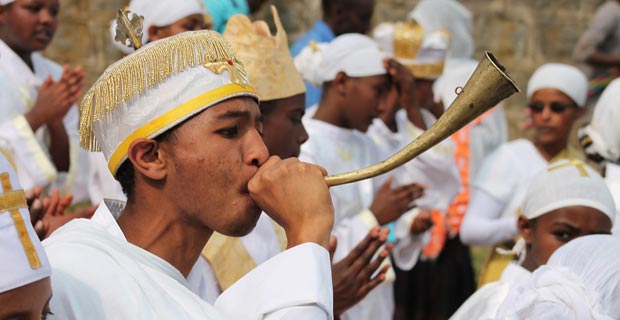 26. Almost half of Ethiopia’s population is under 15 years old. – Source

27. In 2005 a Giant crack was formed in Afar desert of Ethiopia that will become another ocean. – Source

28. Ethiopia is building a dam on the Blue Nile River which will be the largest hydroelectric power plant in Africa when completed. – Source

29. Ethiopia was referenced in the bible, twice in the Iliad, and three times in the Odyssey. Homer on Ethiopians: “Only yesterday Zeus went off to the Ocean River to feast with the Aethiopians, loyal, lordly men, and all of the gods went with him.” – Source

30. Gray Wolves, one of the world’s best known and well-researched animals, was only conclusively proven to live in Africa in 2011, with confirmed populations in Ethiopia and Eritrea. – Source

31. Nestlé is responsible for baby deaths in Ethiopia, demanded $6 million dollars from the Ethiopian government during a severe famine, was responsible for an outbreak of E. Coli and allegedly uses child slave labor. – Source

32. The Italian designer, Arturo Vittori has designed the Bamboo WarkaWater tower which harvests potable water from the air. The main purpose was to help women and children in Ethiopia who travel long distances in order to get water. – Source

33. Some of the oldest evidence of anatomically modern humans has been found in Ethiopia.The Omo remains found in 1967 near the Ethiopian Kibish Mountains, have been dated to ca. 195,000 years old, making them the earliest human remains ever found. – Source

34. The red, yellow, and green colors associated with the Rastafarian movement are the colors of the flag of Ethiopia and are unrelated to the Jamaican flag. – Source

35. In 1428 Ethiopia proposed a union with Aragon by marrying the King’s grandson with the Ethiopian Emperor’s daughter, along with sending a group of artisans to spread Aragon influence. The King of Aragon originally sent 13 artisans to begin the process, but all of them perished on the journey. – Source 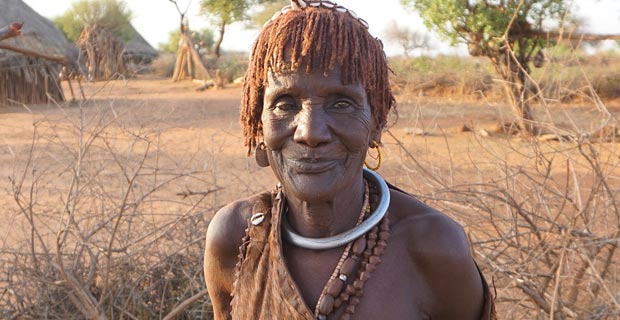 37. Lucy the Australopithecus specimen found in 1974 in Ethiopia, was nicknamed after The Beatle’s song ‘Lucy in the Sky with Diamonds’ which was played often in the expedition camp. – Source

39. Mingi is a traditional practice in southern Ethiopia, where body abnormalities, even chipping or growing the upper tooth before the lower tooth gets a child discarded from the tribe to die in the wilderness. – Source