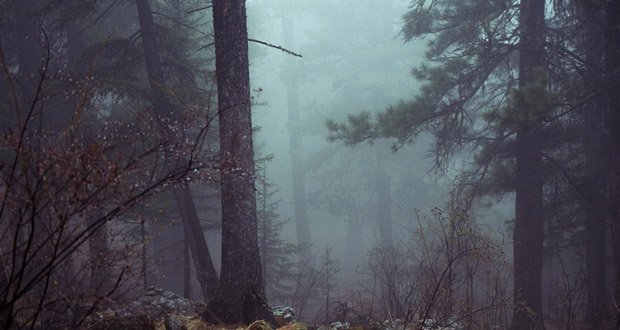 11. Hometown friend was tripping on mushrooms and saw a couple going at it in the back seat of a neighbors car. Went in for a closer look and noticed he was actually witnessing a murder. Next day the house was flooded with cop cars but never heard anything more of it.

12. A relative of mine (distant, like 5th or 6th cousin I think) was a professional diver for an oil company, he would dive to check things below the surface at depths great enough to require mixed gas air tanks. He had a suit malfunction and had to be kept in one of those pressure chambers to slowly let the gasses out of his body.

While he was breathing through a sealed face mask, someone changed the tank at the end out, and a safety device meant to keep the air from being pulled back through the (from inside the chamber to the outside) failed and literally pulled his lungs and stomach out through his mouth, killing instantly.

My mother has the news article somewhere, this was in the late 8os I think and happened off the coast of Louisianan in the Gulf of Mexico.

13. The story about David Parker Ray.

Ray took her to his trailer and attached a dog collar and leash to Garrett. Garrett awoke but blacked out several times during 2 days of torture and drugging. During this time, Ray noticed she was breathing and slashed her throat open. Thinking he had killed her, Ray dumped her on the side of the road near Caballo. She was later treated for her injuries at a local clinic. Neither her husband nor police believed her story. Her husband believed she had been cheating on him the night she was attacked. He filed for divorce, and Garrett relocated to Colorado. She was later interviewed on Cold Case Files about her ordeal.

14. Serial rapist Marc O’Leary was caught in 2011 and charged with several rapes. Now, none of these women’s stories are particularly pretty, but there’s one woman whose story takes the cake. In 2008, an 18-years-old woman went to police claiming she was raped. They didn’t believe her and ended up charging her with filing a false report. She had to pay a fine, have a crime on her record, and get this: to stay in subsidized housing, they made her confess that she made the whole thing up. Her photo was later found among his belongings.

15. Not the scariest thing that I know about, but the scariest thing that ever happened to me: I worked at a pretty well-known record store in Los Angeles in the 90s. A guy in his early twenties used to come in and ask me about records a lot, and one day in conversation he let a weird detail about my life slip that I hadn’t told him (my dad is not American). I brushed it off, thinking my co-workers have mentioned it to him since he was such a regular. About a week later I was driving home and my car broke down. It was incredibly hot and I had to walk several miles to get to a payphone, which was outside an elementary school. I called a cab and hung up the phone, and after sitting for a moment, it started ringing, so I picked it up. The person on the other end said, “bad luck about your car- talk to me until your ride gets there. “ I hung up the phone, but it was definitely that guy. He had to have followed me from home, trailed me from the car, called the school to ask for the payphone number, and found a way to call me at that number. There weren’t really cellphones at that time, but there was a gas station and a grocery store across the street so who knows. I immediately quit my job and moved back in with my parents within 48 hours. I went in to visit old friends from work a few months later and they told me the guy was arrested for kidnapping. 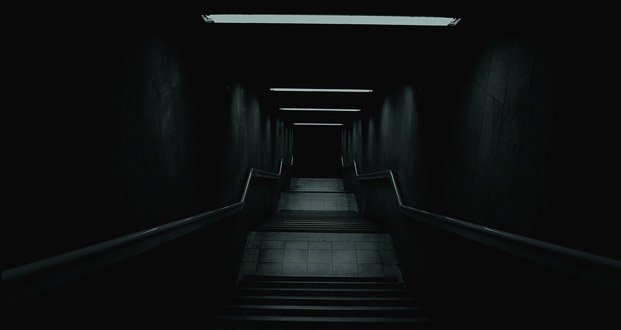 16. The guy who died in the nutty putty cave. He basically crawled into narrower and narrower passageways thinking it would eventually open up. He was trapped for many hours unable to get a full breath. After he died, they decided it would be too difficult to get him out so they closed the cave and left him in there. I can’t think of anything worse than dealing with that kind of claustrophobia.

17. The guy was killed and cannibalized on a Greyhound bus by another passenger because apparently there were voices telling him to do it.

Jackson was impaled through his rectum with a meat hook, hanging a foot in the air, while being questioned by mob enforcers. Jackson kept insisting he was not an informer but his torturers did not believe him. They stripped him naked, smashed his kneecaps with a bat, one of them shot him with a gun, broke his ribs, stuck him with sharp objects, used a cattle prod on his penis and anus making him lose his bowels, burned parts of his body with a blow torch, and told him how they were going to kill his wife and children if he did not confess. Then they left him for three days until he finally succumbed to his wounds

Mexican cartel members(Los Zetas) abducted people from buses in Mexico. They executed the old and weak, raped and tortured the women, threw the children in acid, and separated the men. The men were then forced into gladiatorial combat to the death, all in some kind of game to find new cartel recruits. They even forced the bus driver to run the bus over living people. It still blows my mind that this happened right there in Mexico, just a few years ago.

20. I lived in an apartment in Marina del Rey, California. 9-years-ago, just before Halloween, a third-floor balcony was decorated with a prop of a dead man slumped over in a chair. For a few days, every time I’d come home I’d look up and think how cool looking it was and wondering why they didn’t have lights shining on it at night. After a few days, people realized it was actually the resident of the apartment who killed himself. I was looking at a corpse thinking how cool it was. Story 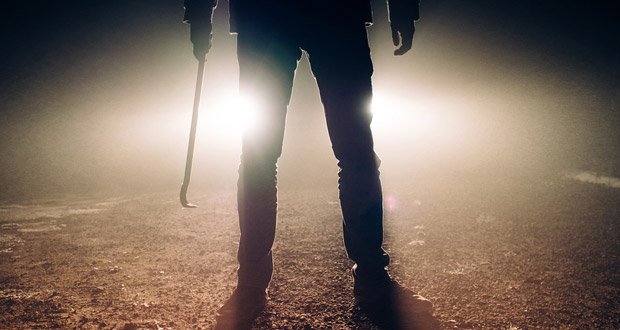 21. If you climb Everest, you are basically guaranteed to see at least one dead, frozen carcass on your way up.

22. A year or two ago, I was living in the suburbs. I would walk the 20 minutes to the cheap grocery store and walk back if I didn’t have that much stuff. Otherwise, I would call a cab. I was a 21/22-year-old boney female

Anyway, I noticed this man following me through the parking lot as I made my way across the parking lot to the store. He’s huge. Probably late 30’s or early 40’s. Starts asking me questions, like what my name is, what my plans are and the like. I brush him off and keep walking. He’s tailing me now. Follows me into the store. As I’m walking around, I notice him handling things in the produce section but not really paying attention to them.

I go to the cracker aisle, and he’s doing the same thing. As I go towards the till going pay, he leaves the store. I call my dad and he comes to get me. We see the man standing in a corner, where I would have had to walk through to get home. The man was waiting for me to leave.

23. Issei Sagawa, the Japanese cannibal who admitted he still fantasizes about killing and eating women (after killing and eating a woman in Paris) walks free unmedicated and unmonitored in Japan to this day. Pretty creepy to know people like that walk around freely.

24. A friend of a friend was traveling in the UK and had to hitch-hike. He dropped her off at home. The next day police came knocking and proceeded to take her to the station and demand how she knows this man, what is their relationship etc. She finds out that the man had killed another female hitch-hiker that same day and had her in the trunk at the same time he was driving her (the friend). For some unknown reason, he hadn’t killed her. She couldn’t sleep and cried for days and her home was placed on watch.

25. Back in the 90s, my mom was on the highway heading home from a friends house late at night. She was driving a really nice thunderbird. After a while, this big white van drove next to her and the driver started performing some very rude gestures and being young and dumb, my mom reciprocated the gestures. Then the dude pulled up a big Bowie knife to the window. My mom started panicking and sped up to get away and the van was following right along. Then the guy tried to run her off the road. Keep in mind they’re probably going about 100 miles per hour. She gets on the exit to get home and he’s still following her. When she does get back to her house, which she shared with my grandparents, she pulled into the driveway honking the horn and screaming trying to wake someone up. The van pulls into the driveway just as my grandfather comes out in his underwear with a gun. The dude got scared and drove off. My mom wouldn’t leave her house for a month except for school, but never at night.