We asked our regular contributors through e-mail, What’s the scariest story you know that is 100% true? We got many interesting responses. Here are some of them. We have just copied and pasted their responses, not editing them in any way. 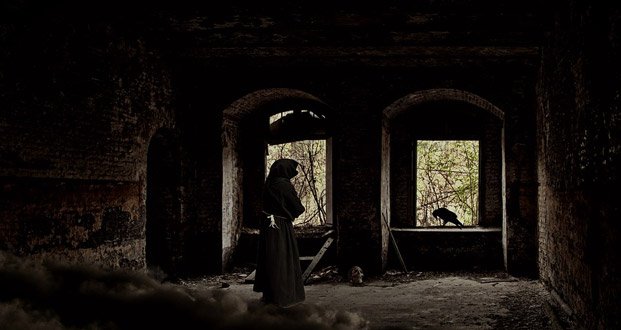 1. I once received a random phone call from a girl who found my number from a google search of my address listed on a resume.

She was freaking out and wanted me to check up on her father who lived a few doors down in an apartment complex I resided in. While she was still on the phone with me I walked over to his door and knocked on it, no answer. She pleaded for me to enter the unit and I got nervous and refused, instead of reporting the incident to the building manager. The manager said she would call the police to perform a wellness check. The father had killed himself.

2. I just watched a documentary about Colleen Stan, who survived being kidnapped by a sexual sadist, who kept her in a coffin-sized box he built under his bed, 22 hours a day, for seven years while he raped and tortured her.

The survivor is the primary interviewee in the documentary and tells her story, on camera, for most of the documentary. The cops made mention of her bravery and ability withstand her torture, and manipulate her kidnapper to increase her safety.

3. Last summer in my city a 14-year-old girl was raped near a train station. After her abuser left her she tried to get help and flagged down a vehicle and was raped a second time in the car of the man who stopped. Two complete strangers raped her on the same day, it happened only a few miles away from my house and I still think about it from time to time.

4. The story of Mary Vincent. I love true crime and don’t usually get squeamish, but this story is probably the most disturbing true crime story I have heard yet.

Mary Vincent was 15-years-old when she decided to run away from home on September 28th, 1978. She was hitchhiking along the highway in Soquel, California, standing with two other hitchhikers. A man pulled up in a van and said he only had room for her, but not the others. The man driving the van was 51-year-old Larry Singleton. He offered to drive Mary to the I-5 freeway. As he drove, Mary realized that he had passed the ramp to the I-5 and demanded he turn around; Larry said it was an honest mistake and turned around. Soon after, he pulled over and told Mary he needed to go to the bathroom and couldn’t wait for a rest stop. When he got out of the van, Mary realized her shoe was untied and got out to tie it.

As she was tying her shoelaces, Larry came behind her and hit her over the head with a sledgehammer. He then proceeded to rape and sodomize her. This is where it gets even worse: Larry took a hatchet and cut off both of her arms, just below the elbow. BOTH OF HER ARMS. He then threw her down a 30-foot culvert in a canyon and drove off. The most astounding part of the whole story is that Mary survived. She used what was left of her strength and made her way 3 miles out of the embankment, with no arms below the elbow, nude, and was stumbling down the road when she saw a car. The first car she saw sped away in fear. The second car she saw was driven by a couple who were on vacation. They stopped the car, helped her into their truck, and drove her to a nearby airport where they were able to get an ambulance and she was taken to a hospital.

Mary is a badass. She then testified twice against Larry, but he only served 8 years and 4 months for attempted murder, forcible rape, sodomy, kidnapping, mayhem, and forced oral copulation. Seriously the most f**ked up story, he got out on “good behavior.” Later, he murdered a sex worker and was sentenced to death, and died in 2001 on death row.

5. For me, I was walking back home at like 11 PM when I notice this hooded guy behind me. I do what I read somewhere you should do and took 3 right turns in a row to see if he was actually following me, and he was. I managed to gather all my courage and yelled at him “What the f*ck do you want” with the most menacing tone I could muster and he just turned around and left. 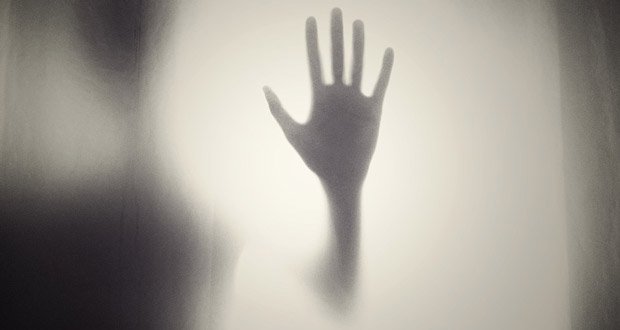 6. I work at a pizza place in St. Louis called IMO’s. About 10-years-ago, there was a guy who was a manager at our store named Michael Devlin. He abducted 2 children in total but quickly got caught a few days after abducting the second child. The terrifying thing is that he had held the first child (who was 11 when abducted) captive for over 4 years and pretended that he was his son. The kid even went by the last name Devlin after the whole charade was over! He abducted the second kid by following a school bus to somewhere in Missouri, somewhere where hardly anyone would be able to see him. When he pulled up in his truck, a kid in the back of the bus noticed how it was weird that there was a car in the area other than the usual ones he saw on most commutes. Next thing he knew, the kid they dropped off went missing, so he gave the police a description of it. A few days later, after reading the paper, my pizza shop owner, Mike, recognized the description and ended up filing a report on his own manager. Devlin is serving like 70 life sentences.

7. The United States has lost 11 nuclear weapons, a plane carrying 1 fell off an aircraft carrier 80 miles off the coast of Japan. A bomber was carrying 2 over the Mediterranean sea and was lost to a storm. A plane crashed over North Carolina and 1 was found in a tree and the other was 50 meters underground. It was never found and the government bought the land around the area. A plane crashed over Greenland and dropped 4, 3 were found but 1 buried itself in the ice. The worst is when a bomber crashed over Georgia and dropped a bomb into the Atlantic Ocean less than half a mile from the state. If that’s not bad enough Russia has also lost about 40.

8. Fatal Familial Insomnia. The whole story is batshit and perhaps the most terrifying Wikipedia rabbit hole I’ve ever gone down. Only a few families have this genetic disorder, IIRC, and once you develop it, that’s it, you die an agonizing death from an inability to sleep. It starts off like regular insomnia but progresses over a few years until you legit go insane and finally shut down. NOTHING, not even the most potent drug, can induce sleep. Even when they tried to put them in comas, the brain remained completely active.

9. There was a serial killer known as the Weepy-Voiced Killer. He would kill people then call 911 from a payphone, crying and begging them to catch and stop him. You can find the recordings of his 911 calls on YouTube.

10. This is a hometown story that stayed with me. It happened literally right around the corner from where I grew up, maybe a two-minute drive away.

Judy Kirby murdered six children and one adult by intentionally driving the wrong way on a divided highway in an attempt to commit suicide. She had been hospitalized for depression, but had also just ended a relationship with her ex-husband’s brother and was by some reports involved in drug trafficking and fearing an imminent arrest.

She picked up her sister’s son, who was celebrating his tenth birthday that day. She then loaded her three children into the car, supposedly to pick up a gift for the nephew. Instead, she went missing with the carload of kids. A short time later, calls started coming in to 911 about a car going the wrong way down the highway at a high rate of speed. They made it about 90 seconds before a head-on collision with another vehicle, driven by a father with two children and another child along for the ride.

The crash annihilated both vehicles. The only survivors were Kirby herself, and the child who was along for the ride in the other car. There were pieces of children all over the highway. She was sentenced to 215 years in prison.