1. Sally Ride had a female partner for more than 25 years, making her the first known LGBT astronaut. – Source

2. The world’s first pro-LGBT organization was found in 1897 in current Germany; they sought to repeal a law that criminalized sex between males and amongst the people that signed their petition was Albert Einstein. – Source

3. Although a staunch and faithful Christian, wife of Dr Martin Luther King Jr, Coretta Scott King was an early advocate for Gay Rights. King even fought for the Civil Rights Act to include LGBT citizens as a protected class. – Source

4. Fundamentalist preachers asked Fred Rogers to denounce homosexuality. In response, Mr Rogers would pat the target on the shoulder and say, “God loves you just as you are.” Rogers also belonged to a “More Light” congregation of the Presbyterian Church dedicated to welcoming LGBT citizens. – Source

5. The LGBT triangle originated during Adolf Hitler’s rise to power. It was used to identify male prisoners who were homosexual. Originally intended as a badge of shame, the pink triangle (often inverted from its Nazi usage) has been reclaimed as an international symbol of the gay rights movement. – Source 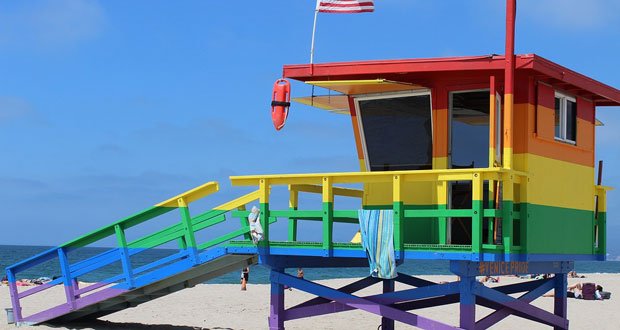 6. LGBT activists in Australia created a kingdom in nearby islands called the Gay and the Lesbian Kingdom of the Coral Sea Islands. The national flag is the LGBT colour flag, and the official currency is the Euro. – Source

7. Only two of the Village People were gay the rest of the group pretended because they were marketed towards the LGBT community. – Source

8. The image of Subarus being cars for lesbians is a result of a 20-year long ad campaign targeted at the LGBT audience. – Source

9. Whirlpool is the only major appliance company to have gotten a perfect score on the Human Rights Campaign’s Corporate Equality Index, which benchmarks policies related to LGBT equality, for over 10 years. – Source 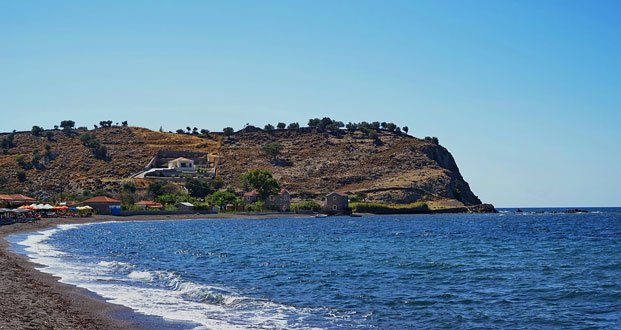 11. The use of the term “lesbian” derives from the poems of Sappho, an ancient Greek female poet who was born on the island of Lesbos and who wrote love poems to other women. Nowadays Lesbos is a popular destination for LGBT tourism for this reason. – Source

12. In 1971, after an NYC clerk announced he would be suing churches that performed gay unions, LGBT activists threw an impromptu gay wedding in his office. – Source

13. The Archbishop of Canterbury was a key supporter of LGBT law reform in the UK, stating that there is a sacred realm of privacy into which the law should not intrude. – Source

14. When LGBT activist Stephen Donaldson was accepted at Columbia University in 1965, it was on the condition that he undergo psychotherapy and not attempt to seduce other students. – Source

15. There was a gang of homosexual vigilantes in 1970s San Francisco that roamed the streets protecting the LGBT community from bashings. – Source 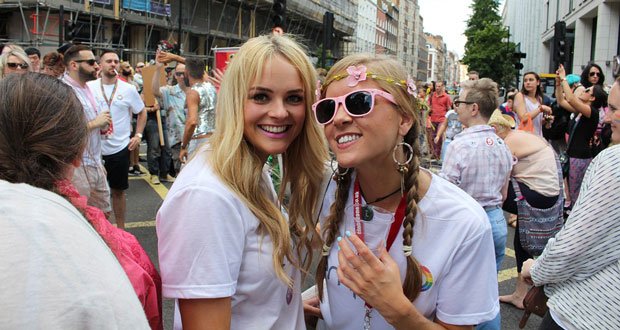 17. Birmingham, in the UK, has a gay village, which is full of LGBT friendly businesses, including sex shops and an adult cinema. – Source

19. Greek islanders from Lesbos once sued an LGBT rights group to stop using the term “Lesbian” to refer to gay women. – Source

20. The number 41 has a great importance among Mexican LGBT since 41 men, some of them cross-dressed, have been arrested during a party in Mexico City in 1901. – Source

21. The Finns painted a rainbow crosswalk in front of their Russian Embassy in protest of lacking LGBT rights in Russia. – Source

24. A group called The Pink Angels was started in the 1990’s to prevent and deter hate crimes against the LGBT community. The Angels would roam the streets of predominately homosexual communities in the middle of the night, reporting any crimes, mainly gay-bashing, to local law enforcement. – Source