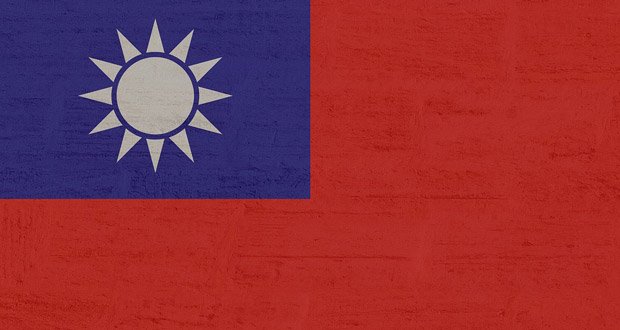 1. Every receipt at every store in Taiwan is a ticket for a government lottery with top prizes worth over 300,000 USD. It was introduced in 1951 to combat sales tax dodging by businesses. – Source

2. A bridge built in 2003 in northern Costa Rica is colloquially known as Backstab Bridge. It was paid for, designed and built by Taiwan only for Costa Rica to cut off ties with Taiwan in favour of China. – Source

3. North Korean exists because Taiwan exists: China was prevented by the US 7th Fleet from invading Taiwan in June 1950, so Mao Zedong announced China would enter the Korean war with the invasion force originally intended for Taiwan, and by October this force saved North Korea from imminent defeat. – Source

4. Taiwan donated over $243 million to Japan after the massive Tohoku earthquake in 2011. That’s more than any other country. – Source

5. In an attempt to reduce poo on the streets, anyone handing a bag of dog poop in New Taipei City, Taiwan, was entered into a lottery for gold ingots and other prizes. – Source

6. The highest grossing Chinese film is not being shown in Taiwan because Taiwanese quota regulations only allow 10 films released from mainland China every year, with the films decided by random numbers. – Source

7. In 2009, within one month of each other, 16-year-olds in Taiwan discovered plastic-eating microorganisms that could potentially solve our plastic and styrofoam waste problems. – Source

8. There are Cat Cafés in Taiwan where people can pay hourly to play with cats and have drinks. – Source

9. If you dig a hole in the city of Formosa in Argentina that is so deep it goes through the centre of Earth and backs out the other side, hypothetically you’d end up in Taiwan. Coincidentally Taiwan was also known as Formosa from 1542 to the 20th century. – Source

10. Taiwan used to give out gold rewards to Chinese military pilots who took their aircraft and defected. Several of these pilots received 250 kg (550 lbs) of gold. – Source

11. The Taichung Power Plant in Taiwan releases as much CO2 in the air each year as the entire country of Switzerland. – Source

13. The Japanese occupied Taiwan with the intention of turning the island into a showpiece model colony, contributing to development in Taiwan. As a result, the people of Taiwan, in general, feel much less antipathy towards the legacy of Japanese rule than other countries occupied by Japan. – Source

14. In Taiwan, funeral strippers are sometimes hired to remove their clothing during a funeral. The purpose of the strippers is not only to attract mourners but to appease wandering spirits as well as give the deceased one last hurrah. – Source

16. The Mongolian barbeque style of cooking is not Mongolian in origin, it was actually invented in Taiwan by a restaurant named after Genghis Khan. – Source

17. In Taiwan, there is a superstition about lucky tampons and pads improving the chances of getting pregnant, which even materialized into a government-sanctioned donation program. – Source

18. In Taiwan, there are only two methods of execution used; being shot in the heart or in the brainstem. – Source

19. 69 years ago on 2/28, up to 30,000 civilians were estimated to have been massacred in Taiwan by the Chinese government in response to an anti-government uprising. Also known as the ‘228 Incident’, it was taboo to talk about for decades until publicly addressed in 1995. Now commemorated as Peace Memorial Day. – Source

21. The president of Taiwan has two cats named Think Think and Ah Tsai who featured prominently in her presidential campaign. – Source

22. In Taiwan, a signature has no value, but rather an official seal is used for authenticating a document. – Source

23. Taiwan claims to be the rightful ruler of all of China and Mongolia. – Source

24. The largest private employers in the world, are located in Taiwan. – Source

25. There’s a village in Taiwan with a tourism industry based on semi-domesticated cats. – Source

AskReaders: What made you change the way you make an omelette?

December 21, 2017
Latest Posts
Subscribe to Blog via Email
Did you know?
Loading...
Facts of the Day
Registration is disabled.