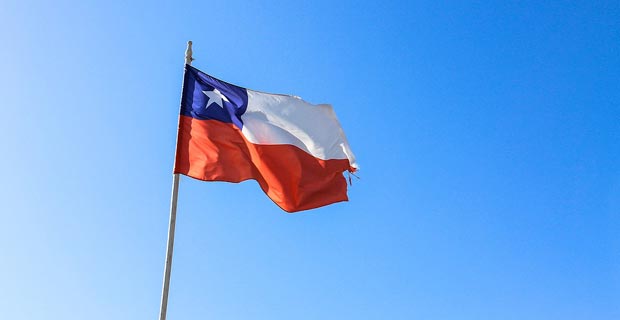 1. Chile has a civilian town in Antarctica, complete with a school, hospital, hostel, post office, the internet, TV, and mobile phone coverage. – Source

2. In 2014, a new species of the vine was discovered in Chile that can mimic the leaves of many different host trees. It can change the size, shape, color, orientation, and even the vein patterns of its leaves to match the surrounding foliage. It’s the only known plant that can do this. – Source

3. A 5-year-old child was sacrificed in Chile after the largest earthquake ever recorded. The two charged were released after 2 years, as the judge ruled they “acted without free will, driven by an irresistible natural force of ancestral tradition.” – Source

4. In Chile, the act of not wearing underwear has been called “to go gringo-style” (andar a lo gringo). – Source

5. September 11th has a different meaning in Chile. That was the date in 1973 that the CIA backed the overthrow of a democratic government by Augusto Pinocet who would go on to kill over 3000 and torture up to 30,000 Chileans. – Source

7. Chile is one of the only two countries you can “Dig to China” from. – Source

8. The largest swimming pool in the world is located in Algarrobo, Chile. The pool is 3,323 ft long, covers 20 acres, holds 66 million gallons of water, and costs $4 million per year to maintain. – Source

9. Spain started a war with Chile and Peru in 1864 by taking over an Island for its strategic source of bat sh*t, which was an important ingredient for gunpowder. – Source

10. Chile printed a number of 50 peso coins in 2008 that misspelled the name of their country as “Chiie”. No one noticed until 2009, at which point the director of the Mint lost his job. – Source

11. Rain has never been recorded in some parts of the Atacama Desert in Chile. – Source

12. In Santiago in Chile you can get your coffee “con piernas” (with legs) ie. served by waitresses in very skimpy clothes. – Source

13. An alien-looking 6-inch skeleton named Ata was found in 2003 in a ghost town in the Atacama Desert of Chile. It has been confirmed as being human but no one knows definitively why it looks the way it does. – Source

14. In the early 1970s, Chile experimented with a centralized computer network that would provide live economic data for “managing resources, detecting problems before they arise, and to experiment with economic policies”. It was destroyed when Pinichet’s regime took power before completion. – Source

15. ITT Corporation backed coups with the CIA in Chile to keep their phone companies from being nationalized by the governments in power. – Source

17. The League of Nations considered Chile to be the country most affected by the Great Depression. – Source

18. One of Chile’s founding fathers who helped liberate Chile from Spain is a half-Irishman named Bernardo O’Higgins. – Source

20. In 1881 Chile invaded Lima, Peru and freed thousands of Chinese slaves. In 1883 they withdrew acquiring a large portion of territories and riches. – Source

June 9, 2017
Latest Posts
Subscribe to Blog via Email
Did you know?
Loading...
Facts of the Day
Registration is disabled.