1. In 1985, a volcano in Colombia that was covered in glaciers erupted, instantly melting the glaciers. Two hours later, a 100 ft deep flood of rock and water traveling 39 feet per second leveled an entire nearby village, killing 20,000 out of its 29,000 residents. – Source

2. The Armed Forces of Colombia commissioned a pop song that included a Morse code message to kidnapped military personnel, “19 people rescued, you’re next. Don’t lose hope”, because the kidnappers would let their captives listen to radio. – Source

3. The city of Medellin, Colombia reduced motorcycle assassinations by 39% when it banned male passengers from riding on the back of motorbikes. – Source

4. In the 1980s Pablo Escobar bought four hippos that he kept in Colombia. After Escobar’s death, they were left untended at his estate. As of 2014, 40 hippos have been reported to exist from the original four and are considered potentially invasive.- Source

5. A rodent that was believed to be extinct for 113 years casually showed up on the handrail at the front porch of an ecolodge in Colombia and let researchers photograph it for two hours before disappearing into the night, after which it was never seen again. – Source 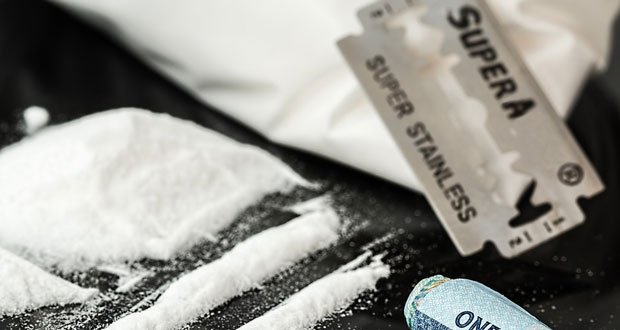 6. In the case of Colombia, only 2.6% of the total street value of cocaine produced remains within the country, while a staggering 97.4% of profits are reaped by organizations in first world nations. – Source

7. You can take a tour of a functioning cocaine factory in Colombia. – Source

8. Kidnapping is so widespread in Colombia that they have a radio station that lets family members broadcast 30-second messages to their kidnapped loved ones. The wait to get on air is sometimes 6 hours. – Source

9. The 3 serial killers with the highest known victim count are all from Colombia. – Source

10. Colombia during 1948-58 was so bad, the period is simply called “The Violence”. People were hung, drawn and quartered, thrown from planes and even crucified, as well as mass rape and assassination. – Source

11. There was an island prison off the coast of Colombia where convicts were dissuaded from attempting escape due to the large quantities of venomous snakes on the interior and vast amounts of sharks patrolling the waters. – Source

12. After the extinction of the dinosaurs, there was a turtle in Colombia that was as big as a car and could eat crocodiles. – Source

13. Colombia produces the most emeralds of any country in South America. – Source

14. El Totumo is an old volcano in Colombia towering to a height of 49 ft (15 m). The crater is filled with mud and can hold up to 15 people who bathe in it and can receive massages from attendants. – Source

15. The first crowdfunded skyscraper is in Colombia. – Source

16. There is an armed conflict in Colombia that has been ongoing for more than half a century. – Source

17. The U’Wa People of Colombia threatened to commit mass suicide if oil development were to proceed in their land. – Source

18. Thousands of union activists have been assassinated in Colombia at the rate of one every three days over the last 23 years and only 4% of Colombian workers are unionized. – Source

19. A Spanish language, shot for shot remake of Breaking Bad was produced in Colombia and aired as a telenovela. – Source

20. Colombia has a coffee-themed amusement park complete with an interactive coffee museum and a rollercoaster that was relocated from the “Worlds of Fun” theme park in Kansas City. – Source

21. In Colombia there is a traveling library on the back of a donkey. – Source