1. On April Fools Day in 1989, billionaire Richard Branson designed a hot air balloon to look like a UFO and hired a dwarf in an E.T. costume to come out and scare whoever was near it when it landed. – Source

2. In 1996, as an April Fools Day prank, the Taco Bell Corporation took out a full-page ad that appeared in six major newspapers saying that it had bought the Liberty Bell and was renaming it the Taco Liberty Bell. The National Historic Park in Philadelphia received hundreds of outraged calls. – Source

5. On April Fools Day, 1976, the BBC convinced many listeners that a special alignment of the planets would temporarily decrease gravity on Earth. Phone lines were flooded with callers who claimed they felt the effects. – Source

6. On April Fools Day 1974, a man hauled 70 tires into the crater of a dormant volcano in Alaska and set them on fire, terrifying nearby residents into thinking the volcano was erupting again. – Source

7. For April Fools Day in 1957, the BBC created a hoax in which they convinced the nation that spaghetti was grown from “spaghetti trees” in Italy and Switzerland. – Source

8. Gmail first launched on April 1st, 2004. It was widely assumed the service was an April Fools Day joke! – Source

9. The Oregon legislature ochestrated a bipartisan Rickroll in their statehouse by inserting lyric snippets into their floor speeches and stitching them together and released the video on YouTube on April Fools Day. – Source 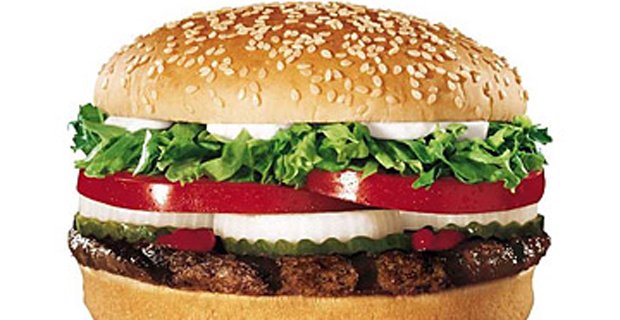 11. For April Fools Day in 1998, Burger King took out a full-page ad in the USA, introducing a Whopper designed especially for lefties. The new burger would contain the same ingredients as the original but rotated 180°. Thousands of customers swarmed BK restaurants requesting the “lefty” Whopper. – Source

12. Students once hacked the MIT website to say that Disney had bought the school for $6.9 billion as an April Fools Day prank. – Source

13. On April Fools Day 2002 NASA posted a picture that proved the moon was made of cheese including expiration date. – Source

14. As an April Fools Day prank, Sports Illustrated fooled the NY Mets’ fan base by successfully convincing them the team had signed Sidd Finch, a pitching phenom who could throw the ball 168 mph. He learned the “art of the pitch” in a Tibetan monastery, under the “great poet-saint Lama Milaraspa.” – Source

15. In 1977 The Guardian newspaper produced a 7-page supplement for April Fools day detailing the discovery of a fictional island called San Serriffe that was in the shape of a colon. Thousands fell for the hoax leading to a tradition of April Fool’s stories. – Source

17. A radio DJ, on April Fools Day, told listeners that “Dihydrogen monoxide” was coming out of the taps. Enough people freaked out at this mysterious chemical that the Dj almost faced felony charges. – Source

18. The Drew Carey Show used to do April Fools Day episodes filled with intentional mistakes and fans would win prizes for mailing in all the ones they caught. – Source

19. As an April Fools Day joke, Gamestation added a clause stating that users who placed an order on April 1, 2010, agreed to irrevocably give their soul to the company. 7,500 users agreed. – Source

20. On April 1, 2008, Nestlé launched an April Fools Day initiative indicating that they had changed the name of the Butterfinger candy bar to “The Finger”, citing consumer research indicated the original brand name was “clumsy” and “awkward”. – Source