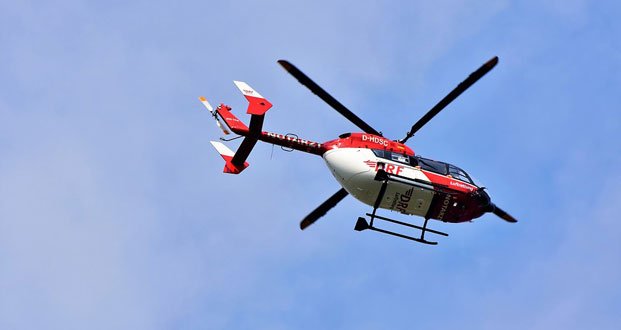 1. The two parts to the word “helicopter” are not “heli” and “copter”, but “helico” meaning spiral, and “pter” meaning one with wings, like a pterodactyl. – Source

2. Army officer Hugh Thompson prevented the deaths of hundreds of Vietnamese civilians including women and children, by a group of American soldiers. Thompson, an Army helicopter pilot, landed between the soldiers and the villagers and threatened to open fire if they continued their attacks. – Source

3. In the 1990s, the Galapagos Conservancy launched Project Isabela, an all-out war against 250,000 goats in the Galapagos Islands to save the dwindling population of Galapagos tortoises, and involved snipers picking goats off from helicopters. It ended up restoring the population of the tortoises. – Source

4. Australia’s largest bird of prey, the wedge-tailed eagle, is so territorial it will attack helicopters and small planes to defend its nest sites. – Source

5. Michael Durant was taken the prisoner in Mogadishu in 1993. He was tortured for 11 days until he heard a helicopter playing “Hell’s Bells” by AC/DC. His superiors knew it was his favorite song, so they had rigged a helicopter with a loudspeaker and flown over the city looking for him. – Source 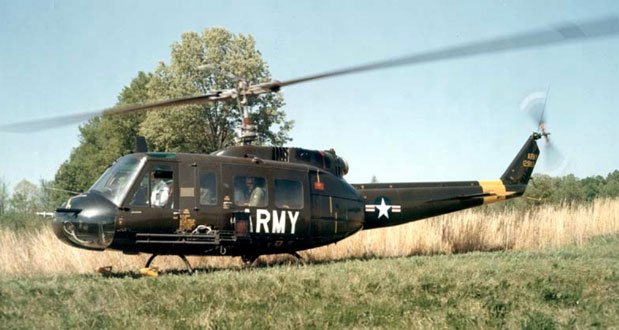 6. In 1974, a U.S. soldier stole a helicopter and flew to the White House in Washington, D.C. As he hovered above the south grounds, the Executive Protective Service shot and injured him, forcing him to land. He only received a one-year prison sentence and $2,400 in fines. –Source

7. The Coast Guard trained pigeons to assist in finding people lost at sea. They sat in a dome attached to a helicopter, pressing a lever after spotting life preservers or debris. They had a 90% success rate in initial trials. – Source

8. Bill Gates rented out every hotel room on the island of Lanai, Hawaii, and chartered all nearby helicopters to not fly for the day for his wedding. – Source

9. In 1975, $10 million worth of Huey helicopters had to be pushed off the flight deck of the USS Midway and into the sea to make way for the emergency landing of an aircraft with Vietnamese evacuees on board. – Source

10. In 1986, the United Way released 1.5 million balloons into the Cleveland sky to raise money for charity. The balloons were so thick that Coast Guard helicopters couldn’t reach an overturned boat, resulting in the death of two fishermen. – Source

11. The bolt holding the rotor blades onto a helicopter is called a Jesus nut. It is a single point of failure which would lead to the helicopter crash. – Source

12. In 2007, Iraqi insurgents used the EXIF data from a picture taken of brand new Apache helicopters to find their exact coordinates and launched a mortar attack on them, destroying 4 Apache helicopters worth $30 million. – Source

13. Helicopters are used in cherry farming to dry cherries after it rains so they don’t soak in too much water and explode. – Source

14. An inactive diamond mine in Russia (Mir Mine) is so deep, helicopters can be sucked into it by downward airflow. – Source

15. The helicopter that crashed during the Bin Laden raid did so because, in the training exercises, they used a chain fence, rather than a solid wall like what surrounded the real compound. The solid wall meant heat got trapped and rose up, causing the helicopter to have different flight properties. – Source

17. In 1986, a French woman taught herself how to fly a helicopter, rented one, flew it over a prison, and plucked her bank robber husband off the prison roof. – Source

19. In 1985, Philadelphia police used a helicopter to drop two bombs on a house during an armed standoff. The bombs ignited a fire that killed 11 and destroyed 60 homes. – Source

20. In 2009, a Japanese whaling fleet used a sonic weapon against a helicopter caring a camera crew of conservation activists. The conservationists noted that their helicopter was also equipped with a similar sonic weapon, but had only used it thus far to play a recording of “Ride of the Valkyries”. – Source 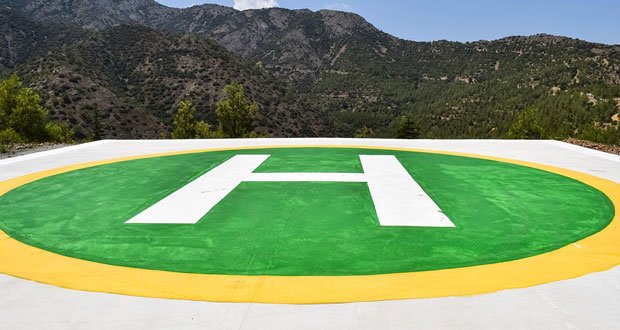 22. There are many anti-helicopter mines. – Source

23. The Ka-50 helicopter has an ejection seat. Before the rocket in the seat deploys, the rotor blades are blown away by explosives in the rotor disc. – Source

24. The Daisey Cutter is a bomb specifically designed to create helicopter landing pads in the thick jungle forests of Vietnam. The blast would level a 300+ ft circle while leaving the ground itself relatively unaffected. – Source

25. In 1987, the U.S. Army’s Night Stalkers stole a Russian attack helicopter from a desert in Chad. – Source

26. The United States sent 813 men, 27 helicopters and nuclear-capable bombers to cut down a tree in the Korean DMZ. – Source

27. In 2005, a man landed a helicopter on the summit of Mount Everest. Two days later he did it again, proving he didn’t just get lucky the first time. – Source

25 Uplifting Headlines of the Week - Part 96