1. Saturn’s moon Titan has such a dense atmosphere(1.5Atm) and such a low gravity (0.138G) that if you strapped wings to your hands you could easily fly. – Source

2. Saturn’s sixth-largest moon, Enceladus, has a warm ocean with ongoing hydrothermal activity. The first ever discovered outside of Earth. – Source

3. Saturn has a moon called Mimus and it has a crater in it that makes it look like the Death Star. – Source

4. Saturn’s rings are younger than the dinosaurs as they were likely formed just 100 million years ago. – Source

5. Galileo sent two coded message to Keppler, that Saturn has rings, and that Venus has phases (circles the sun, not the earth), which Keppler incorrectly decoded as Mars has two moons and Jupiter has a big red spot. Although not what Galileo had written, both would later be proven true. – Source 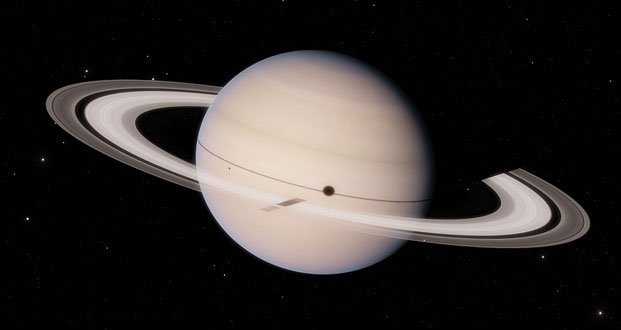 6. Hydrogen in Saturn gets so dense toward the core that it turns into a metal. – Source

8. Pan, the second moon of Saturn, is irregularly shaped because it has accidentally captured some of Saturn’s ring material. – Source

9. Saturn has a very well defined hexagon at its north pole that can fit up to four earths inside of it. – Source 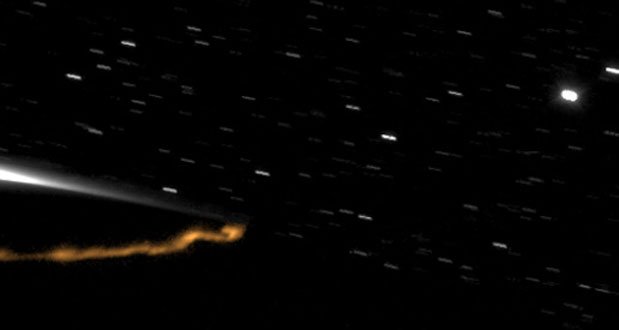 11. There are different colors auroras on Saturn. – Source

12. Rhea, a moon of Saturn, is showing signs of a breathable atmosphere and is a good candidate for an oxygen and water refill station for future missions. – Source

13. The European Space Agency landed a probe on the surface of one of Saturn’s moons (Titan) as the first landing ever accomplished in the outer solar system. – Source

14. You need at least 25x magnification to see Saturn’s rings, and 50x before it appears as a separate structure detached on all sides from the planet. – Source

15. The biggest storm in our Solar System’s history occurred on Saturn and raged over six months to encircle the entire planet. – Source

16. There are waves in the rings of Saturn. – Source

17. Cassini received a 200-volt shock from Saturn’s Moon Hyperion during a flyby. – Source

19. The lightning storms make it rain diamonds on Saturn. – Source

20. The co-orbital Saturn moons Epimetheus and Janus avoid the collision by mutual acceleration, deceleration, and an eventual orbit trading every four years. – Source

22. There’s a dark ring around Saturn that if visible, would be 2 times as wide as the full moon as seen from Earth. – Source

23. Saturn’s density is low enough that the planet would float in water. – Source

24. A Greek Philosopher and Vatican Library Keeper believed that the rings of Saturn were the foreskin of Jesus. –Source