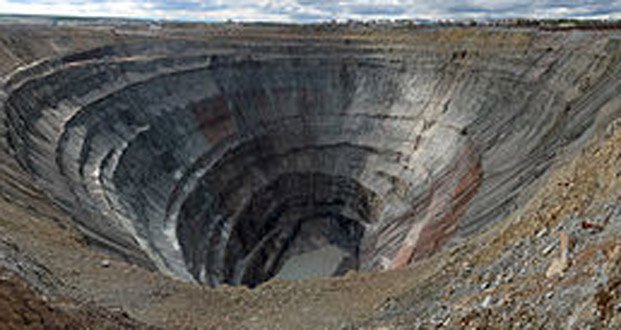 1. There’s a diamond mine in Siberia so large that helicopter traffic over it is prohibited due to several incidents in which they were “sucked in.” – Source

2. Kindergartners in Siberia run outside in their underwears and dump freezing water over themselves to strengthen their immune systems. – Source

3. In 2007, Siberia experienced orange snow. This orange snow was ruled to most likely caused by a heavy sandstorm in neighboring Kazakhstan. Tests on the snow revealed numerous sand and clay dust particles and a high iron content, which were blown into Russia in the upper stratosphere. – Source

5. Until World War II, tea was still used as a form of currency in Siberia. – Source 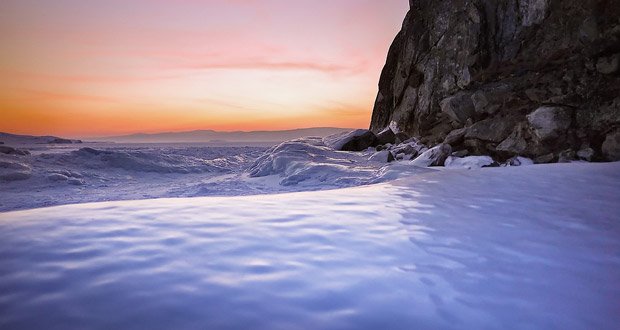 6. Lake Baikal in Siberia has more water than all the Great Lakes combined. – Source

7. In 2007, Russian scientists found a cache of 32,000-year-old fruit 38 meters(125 ft.) below the permafrost in Siberia that were still viable and when planted grew to be healthy seed-producing plants. – Source

8. A deep hole drilled in Siberia became widely known as the “Well to Hell” when religious media purported that screams of the damned were recorded in its depths. – Source

9. The Tunguska Event, an explosion in Siberia in 1908, was 1,000 times greater than the atomic bomb dropped on Hiroshima, wiped out 80 million trees, and may have killed a total of 2 people. – Source

10. The phrase “three dog night”, meaning it is so cold you would need three dogs in bed with you to keep warm, originated with the Chukchi people of Siberia, who kept the Siberian Husky landrace dog that became the modern purebred breed of Siberian Husky. – Source

11. There is a sizeable Ethnic Minority group living in Siberia who are reputed to have the most red-headed people in the world. – Source

12. The “Smartest Street in the World” is located in a scientific community in Siberia because its 2.5 kilometers have more than 20 scientific research institutes. Many Soviet scientists moved there in the 1960s for its level of intellectual freedom. – Source

14. A cat in Barnaul, Siberia, won a mayoral race last year with more than 90% of the vote. His name was Barsik, and his campaign slogan was “Only mice don’t vote for Barsik!” He was not allowed to take office. – Source

15. Before alcohol was introduced in Siberia, tribesmen consumed psychoactive mushrooms so rare that the poor who could not afford it would wait around the huts of the rich with a bowl to collect and drink the rich’s urine, which they drink off greedily, as having still some of the mushrooms in it. – Source

16. There is a highway in Siberia that contains the bones of those that died working on it as that was easier than burying them. – Source

17. There’s a desert of sand dunes in the middle of Siberia. – Source

19. There is a zoo in Siberia where visitors can purchase a live chicken, duck, pheasant, sheep or cow and watch it get fed to the Tigers. – Source

20. Siberia is 13.1 million square kilometers (5.1 million square miles) and is extraordinarily rich in minerals, oil, and natural gas. Yet only about 40 million people live there. – Source 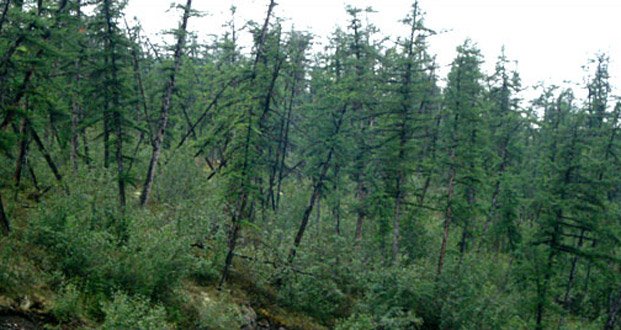 21. Drunken Trees are trees that have grown crookedly because of melting permafrost in Siberia. – Source

22. Pleistocene Park is a reserve in Siberia attempting to restore a 13,000-year-old ecosystem. – Source

24. In the 16th century Russia, a church bell was sent to exile in Siberia for treason. – Source

25. One of Russia’s top universities is in Siberia. An academic town was built there in the 1950s as the region had natural resources but lacked research institutions and the first student dorms were tents in the forest. – Source

26. A hydroelectric plant in Siberia violently broke apart after a sudden water surge. The surge resulted in a chain reaction, flattening the powerhouse completely and killing around 75 people. – Source

AskReaders: Is it okay to push your mom out of your life if it’s to protect your mental health and overall wellbeing? Why or why not?